Alexandre Remy is not interested in making high-end wine. “$60 Pinot Noir is a huge financial disaster,” says the winemaker. “I know. I tried it.” Remy, a partner in Atlas Wine Co., is now trying to make a different sort of wine under his Oro Bello and Omen brands: inexpensive and with a flavor profile that will appeal to middle America

It’s a set of parameters that many of Remy’s peers would find irreconcilable with the imperatives of being an ambitious young winemaker — imperatives that position wine as a work of art, as a mode of storytelling, as bottled poetry.

Remy doesn’t see it that way. “I want to be the Lagunitas of wine,” he says: affordable craft, always under $25.

Though Atlas wines carry no residual sugar, they taste fruity, ripe and rich. That’s important, Remy insists, if you want to reach a mass audience. “Would I love to make Valdiguié? Cornas-style Syrah? Sancerre-like Sauvignon Blanc?” Remy says. “Yes. But it’s not what people want.”

Anti-elitist bents can feel tired — “give the people what they want” easily becomes an excuse for making a bad product — but Remy makes a persuasive case. The Atlas wines stand as a meaningfully better alternative than other California wines of equivalent price.

The goal is not to compete with artisanal darlings like Matthiasson and Scribe; the goal is to compete with grocery-shelf hits like The Prisoner and Kendall-Jackson. Within that arena, Remy hopes to position Atlas brands as a bastion of independence within an ever-conglomerating industry. As of this year, 30 companies, out of more than 9,000, control over 90 percent of all domestic wine sold by volume, according to Wine Business Monthly. Just three companies — Gallo, Constellation and the Wine Group — are responsible for more than half of all wine sold in the U.S. For a brand to get on the shelf at Safeway, it’s got to be big.

“I want to be the bridge between high-end wine and the worst wine in the market,” Remy says. 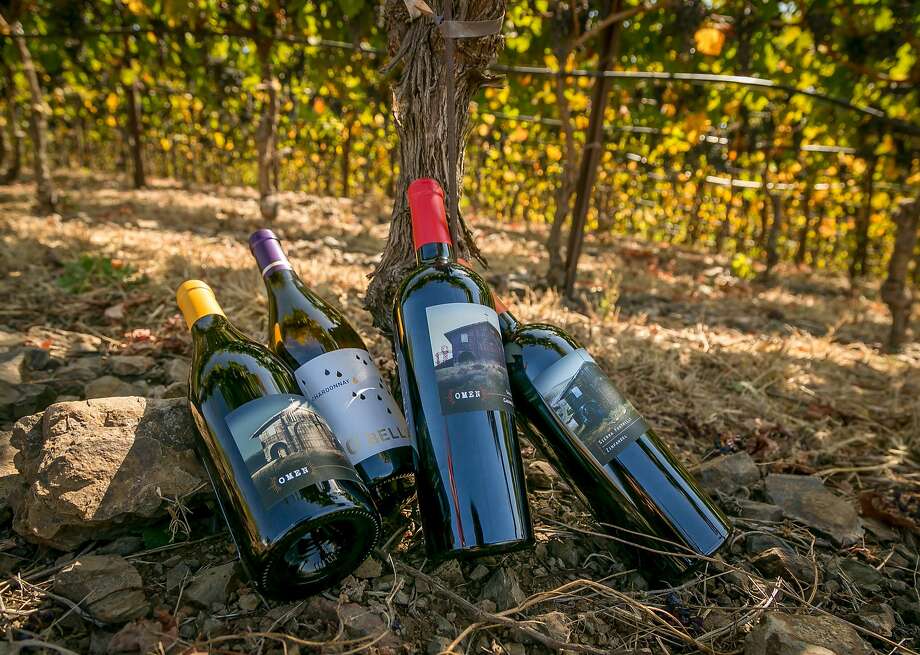 Photo: John Storey, Special To The Chronicle
The wines of Atlas Wine Co.

Remy’s partners — Barry Belli, a former Frito-Lay executive, and Mike Cybulski, a veteran viticulturist — are shrewd businessmen. Belli and Cybulski formed Atlas Vineyard Management in 2013 when the company they’d previously worked for (Premier Pacific Vineyards, a major vineyard-investment outlet funding the California Public Employees’ Retirement System) was dissolving, and preparing for layoffs. “We just figured we could offer jobs to all the employees if we could branch out on our own,” Cybulski says.

They secured the farming contracts for many of PPV’s properties, and with investor partners bought 50 percent stakes in five vineyards, including Walala Vineyard in the northwest Sonoma Coast.

(Note: None of the Atlas vineyard holdings were affected by the recent wildfires, although a few of the company’s employees lost their homes.)

When Belli and Cybulski decided to launch a wine brand, they tapped Remy, a France-born winemaker who has worked for Chandon, Gallo and Kendall Jackson. Given the sites Atlas farms — vineyards like Sun Chase, Gap’s Crown and Durrell, all sources of expensive Pinot Noir — the initial thought was, predictably, expensive Pinot Noir.

That first year, 2013, Remy made eight different wines, including four Pinot Noirs between $50 and $70, and a $25 rosé. They called the brand Agnitio. They loved the wines; they were proud of the wines. But they couldn’t sell them.

“Those prices do well in a flash sale,” says Remy. “But you can’t sell an unknown brand at that price. Expensive Sonoma Pinot is just an oversaturated category.”It broke their hearts, but they had to sell all the Agnitio wine at severe discounts, barely recuperating their costs. And that’s when Atlas decided to shift its business model.

“From an emotional standpoint, it was hard,” says Belli. “We farm really high-end vineyards. But when (Remy) put the numbers on a spreadsheet, it was an easy sell.” Today, the Atlas lineup consists of Oro Bello ($18.00 Chardonnay from Lodi and Sonoma) and Omen ($20 Cabernet and Red Blend) from the Sierra Foothills, and Pinot Noir from southern Oregon). They’re sound, they’re affordable, they’re likable. And Atlas hopes that their company’s independence and commitment to not using chemical additives will win over a conscientious consumer.

“The goal is to bring wines that are very palatable, with no additives, that people want to drink,” Remy says. No MegaPurple, no Velcorin, no gum Arabic.

How does one make a good wine at that price? Inexpensive fruit sources, to start; that’s why the wines lean on grapes from places like Lodi, the Sierra Foothills and southern Oregon. A shorter barrel-aging period keeps inventory moving. Scale helps lower packaging costs. Atlas doesn’t own a winery, instead opting for an alternating proprietorship at Perry Creek Winery in Fair Play, in southern El Dorado County. Label design — which Remy says he’s paid $10,000 for in the past — was forgone completely; the Omen label is lifted from an Instagram photo of the Rita’s Crown Vineyard.

Check out the lineup from Omen and Oro Bello (all priced $20 or less!)

Wine Spectrum is headquartered in Santa Rosa, California – in the heart of the beautiful Sonoma County wine country. Spectrum Advisors may be reached at: