DEC94 Querciabella’s 10,000 bottle annual production Riserva is a selection of superior lots. It blends fruit from Greve where their vineyards range from 350 to 550 metres, with grapes from Radda’s high altitude stony sites and Gaiole’s limestone rich soils. The 2016 is restrained but precise. Intriguing scents of spring blossoms, cranberry bush and potting soil are subtly laced with vanilla and smoke. Very polished and pure on palate with mouth-watering, tangy acidity and sinewy tannins. This sophisticated, buttoned-up Riserva could do with another year in the bottle. Drinking Window 2021 – 2033
JS93 Shows real concentration for a Chianti Classico with notes of brambleberries, blackcurrants, black cherries and baking spices. Full body, grippy tannins and loads of fruit. But this remains refined and elegant, all thanks to the precise acidity. Drink now.
WS93 Saturated black cherry and plum flavors are framed by earth, iron and tar notes in this dense, powerful red. Shows depth and a solid structure, but this is tightly packed and should be forgotten about for another three years. Best from 2024 through 2040. 8,330 cases made, 2,181 cases imported.
VIN92+ The 2016 Chianti Classico is an explosion of floral-infused aromatics and red-toned fruit, all in the super-classic mid-weight style that is such a signature of the Querciabella house style today. Rose petal, lavender, mint and sweet raspberry fruit are pushed to the forefront. This is the first vintage in which more than half of the wine was aged in larger format oak ranging from tonneau to cask. Vineyards in Gaiole and Greve form the core of the blend, with a touch of fruit from Radda. The 2016 has enough freshness to drink well for another decade plus, but I would give it a few years in bottle for the bright acids to integrate a bit further. There are a number of pricier wines in Querciabella’s range, but I am not sure any of them can match the Chianti Classico for pure pleasure. What a lovely wine it is.
Winemaker Notes: Querciabella, in Italian, means “beautiful oak” and our vineyards in Ruffoli and Radda are surrounded by them. A beautiful balancing act of crisp, inviting acidity, pure varietal fruit flavor and character deriving from sourcing the grapes from top sites in three of the the denomination’s best sub-zones. A wine and food lovers’ delight.
Querciabella is a perfect food wine, pairing naturally with all sorts of Mediterranean cuisine and beyond. It is best enjoyed alongside flavors of tomato and olive oil and doesn’t fear coming close to herbs and spices. 100% Sangiovese.

Founded in 1974, Querciabella exemplifies the mindful preservation of tradition through forward-thinking, albeit completely natural, winemaking. With 183 acres of prime Chianti Classico vineyards – located in the municipalities of Greve, Panzano, Radda and Gaiole – in addition to 79 acres in Maremma on Tuscany’s unspoiled Etruscan coast, Querciabella’s holdings represent the largest extensions of biodynamically farmed vineyards in Italy, contributing extraordinary biodiversity to local and surrounding ecosystems and serving as a sanctuary for thriving numbers of honeybee colonies.

The centerpiece of Querciabella’s winemaking operations since the winery’s debut, Querciabella Chianti Classico has consistently ranked at the highest levels of critical acclaim while delighting wine enthusiasts the world over.
Querciabella’s Chianti Classico represents the pinnacle of high-altitude, perfectly exposed Sangiovese fruit. A beautiful balancing act of crisp, inviting acidity, pure varietal fruit flavour and character deriving from sourcing the grapes from top sites in three of the denomination’s best sub-zones. A wine and food lovers’ delight.

Grapes are carefully selected in the vineyards, and harvested by hand into 8 kilo crates. They are destemmed, never crushed, then conveyed into temperature-controlled stainless steel vats, where  alcoholic fermentation and maceration take place. Maceration lasts about 12 days. After completing full malolactic fermentation, the wine is transferred into barriques and tonneaux. The oak is 100% French (5% new; remainder consists of second and third-fill barrels). The wine is regularly racked and tasted during the entire maturation period, which may last up to 14 months.
At the end of the élevage, the best lots are selected through extensive tasting and assembled to create the final blend. After bottling, the wine rests for at least three months before release.
No animal products or byproducts are used in the production of this wine, making it suitable for vegans and vegetarians. 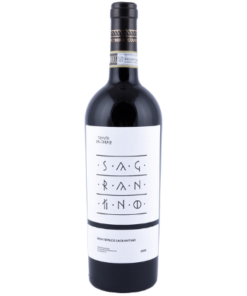 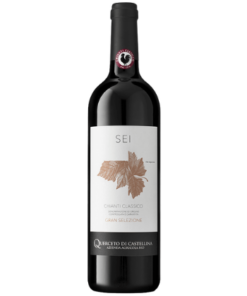 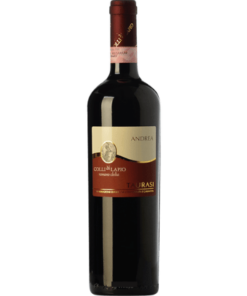 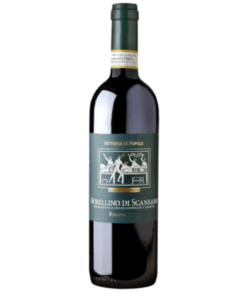 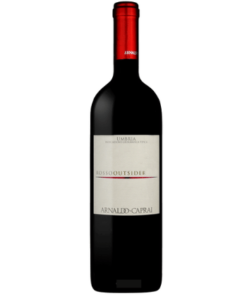 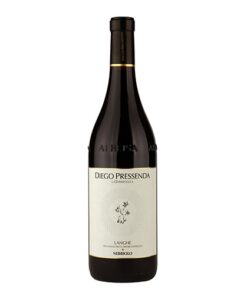 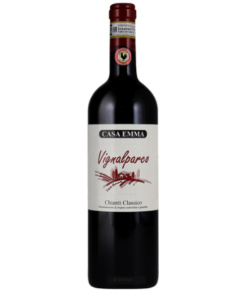 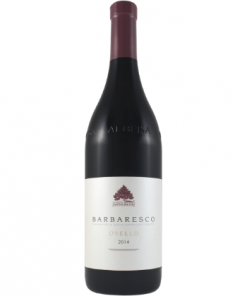