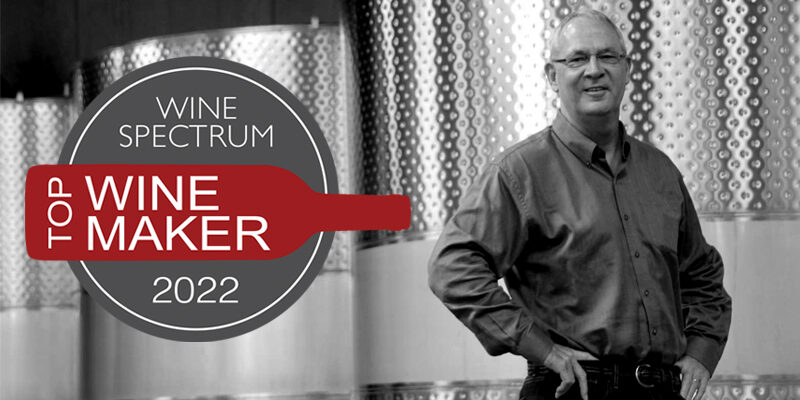 Wine Spectrum honors David Ramey as Winemaker of the Year. David is one of the most respected and admired winemakers in the world. This year, he celebrates 50 years of winemaking. In his illustrious career, David has made an indelible contribution to the evolution and prestige of the Sonoma County wine community. Through his unwavering commitment to traditional, non-interventional winemaking techniques, David’s wines have shown the world the unique and delicious potential of the Napa and Sonoma terroirs that he shepherds into the bottle. “I’m a winemaker. It’s all I’ve ever done as a grownup.” – David Ramey

“David’s consistency in quality and style continues to baffle. There is a Ramey style and it is the polished, elegant touch that he infuses into every bottling, no matter how many years he’s been at it. The focus, precision and irrepressible striving for perfection comes through.”

SHOP ALL OF DAVID'S WINES

A Life In Wine

David Ramey discovered wine during a semester abroad in Spain while pursuing a degree in literature from UC Santa Cruz. After this formative experience, it was not long before his reading list pivoted from the great works of Hemingway and Faulkner to the enology textbooks that would lay the groundwork for his career. After graduating from UC Davis with his enology degree, he knew he wanted to continue his studies in France. There, while working for the Moueix family at Château Pétrus, his career-long dedication to making wines with native yeast and native bacteria and without filtration was solidified. Upon returning to California, his skills and expertise were put to use as assistant winemaker at Simi, and as winemaker at Matanzas Creek and finally Chalk Hill before opening Ramey Cellars in 1996.

“I have no interest in re-inventing the wheel,” Ramey says about his approach to his namesake winery’s portfolio. “Nature guides our process and we listen – closely.” Always ready to adapt to the volatility of an agricultural product like wine, David takes chances, allowing fruit to ripen on the vine to the last possible moment. His wines have received praise among colleagues, consumers, and the media, but David is most proud of the fact that each vintage, he makes the wine that he himself dreamed of making when he first started out in the 1970s. Alongside his wife Carla, David and his winemaking team produce a portfolio of Chardonnays, Cabernet Sauvignon, Syrah, and a Claret blend. His 2019 Claret North Coast Blend is Wine Spectrum’s #1 Wine of 2022.

“Being a winemaker is like being a conductor of a symphony,” says Ramey. “You’re not rewriting Beethoven’s 7th. You’re interpreting it with the instruments and players that you have now.” This perfect analogy captures exactly what has brought Ramey such success and acclaim. His pursuit of new techniques and experimentation have landed his writings in the newest editions of winemaking textbooks and trade papers. He has been called “Father Chardonnay” for his groundbreaking forays into whole-cluster pressing and sur lie aging of California Chardonnay. Yet, each and every one of these advancements that have sent shockwaves through the wine world were achieved with one goal in mind: to give perfectly-farmed Napa and Sonoma fruit a chance to express the full potential of its world-class terroir. The future of Ramey Cellars is bright, with both of David’s children Claire and Alan now making wine alongside their father.